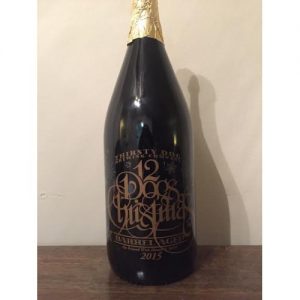 This beer’s name sums up the ideas of bringing the best together to celebrate. It is filled with seasonal flavors from generous amounts of toasted and caramel malts, mixed with equally generous amounts of honey, cinnamon, ginger and nutmeg. We feel it is the perfect libation, filled with flavors of the season. Take all of these wonderful characters and add in the nice notes of vanilla and caramel that are synonymous with American Bourbon and you’ve a true holiday treat. 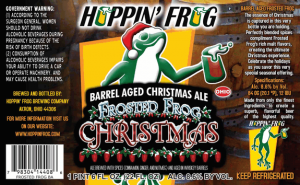 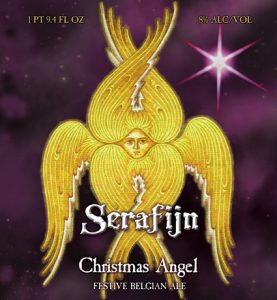 A red ale, spicy and just a little sweet, with lots of character and tons of complexity 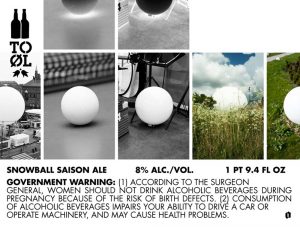 NO! you want something that can help you sink the dinner, ease you stomach and cleanse your throat. And that is exactly what Snowball Saison will do. It is a SUPER sparkling crisp and dry Saison that has been after fermented with milk acid bacterias and dry hopped over and over to give the beer a crisp and smooth tart finish (not to mention…. there is a lot of hops of course…) 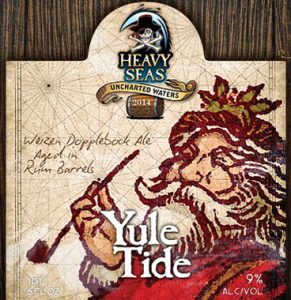 The newest edition to our Uncharted Waters series, Yule Tide is unlike any other beer that we produce. Rich and hedonistic, this ruddy ale is sure to put you in the holiday spirit. Pouring a deep toffee color, the nose is spicy, with subtle accents of rum and ginger. Caramel and toasted flavors yield to luscious rum and vanilla notes. Quite smooth on the palate.. 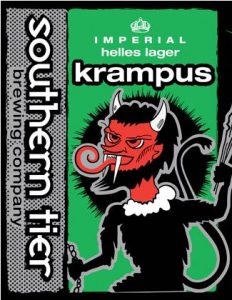 St. Nicholas, aka Santa Claus, is a magical figure, the bringer of gifts and an icon of holiday spirit. Forgotten by most is his evil side kick and enforcer of ‘the list’. European tradition says while St. Nick is busy delivering presents to good little boys and girls, Krampus hands out punishments to the bad. A fanged, goat-horned bully, the Christmas Devil uses sticks and chains to beat the naughty children. Dark malts and aromatic hops create the diabolical spirit of this brew. It is finished with lager yeast and aged cold for no less than 30 days. This Imperial Helles Lager will warm even the darkest hearts. This season, replace the cookies with a bottle of Krampus. If he happens to pay a visit, toast to him with this devilish brew. Merry Kramp-mas to all, and to all a good pint! 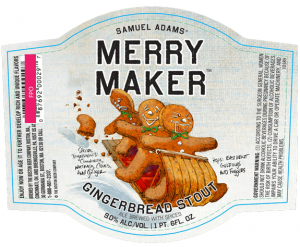 This rich dark gingerbread stout entices with the aromas of the holidays.  The flavor of gingerbread comes alive, beginning with the smooth sweetness and heartiness of dark roasted malts and a touch of wheat.  But it’s the intensity and spices of cinnamon, clove, nutmeg, & ginger that add a wicked kick for a jolly playful brew full of merry mischief. 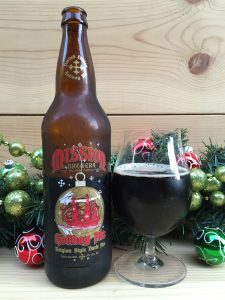 This Belgian Style Dark Ale delivers the promise of the holidays, both indulgent and delicious. Dark, rich, and smooth, this ale is sure to delight the senses. Complex aromas of raisin, plums, and fig, with light Belgian style spiciness, Mission Holiday Ale proves to be an indulgent treat for the holiday season. 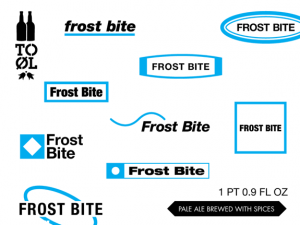 To Øl Frost Bite is an American Pale Ale brewed with orange peel and pine needles. It is so frosty that it needs to be stored cold and may bite if you touch it. This beer is all about the balance (not the bass). Imagine the flavours of pine needles and orange peel. Now imagine the same flavours only represented by Aurora, Citra, Tettnanger, Simcoe and Amarillo hops. This hoppy dry mix of spices and hops makes for the perfect Winter American Style Pale Ale. 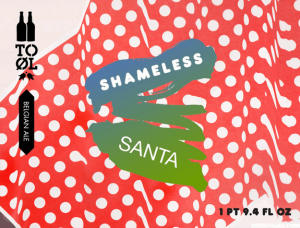 Ever got the idea that Santa likes to give out presents during Christmas?  Wrong!  Mr. Saint Nicholas or whatever his name is, likes to sit in his leather chair or or on the ice bear carpet, dipping bread crumbs in his cheese fondue and eats chocolate like Sylvester Stallone eats cottage cheese. And then Santa likes to drink Shameless Santa. A Belgian strong Red Ale, playing and using all the cheap tricks of the trade. Caramel malts, sugars, highly attenuated yeast profile, fruity novel hops as Mandarina Bavaria and Calypso. This is one greasy balanced beer that suits any situation involving Christmas, New Years Eve and any other event that involves roasted marshmallows.” 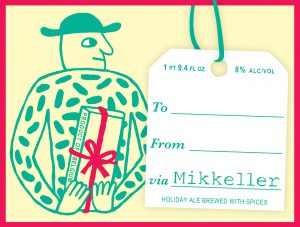 The second Christmas porter from Mikkeller. A spiced porter with fine malt background and lovely hop aroma and flavor. The label is designed as a ‘From To’ card – fill in the names and put the bottle under the Christmas tree. The perfect Christmas gift for the lazy man/woman

Aroma initially characterized by pepper that fight in a field ruled by a rich fruity fragrance of dried fruits with ripen banana, toffee and a soft sweet chocolate fragrance. The attentive taster shouldn’t miss a sharp floral of rose and a sensation of must of wine always pleasant. 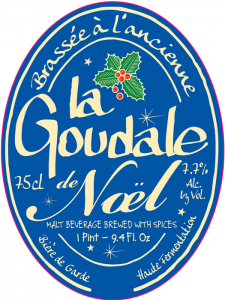 (Google translate from french)*
nice autumn ale, to accommodate the new crop,
brewers used all their reserves of barley malt
and hops for making beer a rich end
of the year. The use of a gently malt roasted a
careful selection of spices and hops Flanders
give the Christmas Goudale an amber color, a
nose fragrant with fruity aromas with light
notes of caramel. 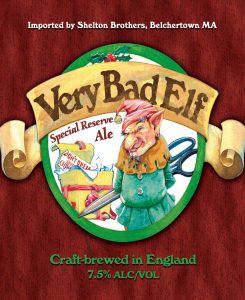 As you might imagine, the Very Bad Elf causes a little bit more trouble than its Bad older brother. Stronger and darker, it also packs a bigger punch. Anyone out there remember Brakspear’s Vintage Henley? That was one very special brew. This is Vintage Henley cranked up to 7.5%, for the sole purpose of making your holiday bright.

Based on an original recipe from 1795, Very Bad Elf has nutty and sweet-roasted flavors attributable to its use of an ancient pale malt, uniquely recreated for this delightful ale. A rare variety of Fuggles hops dating to the mid-1800’s gives the beer a soft, rounded bitterness and uncanny drinkability. 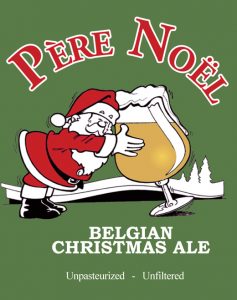 A fantastic Christmas beer, but one that defies the universal custom of a stronger, spicier beer for the holiday season.  At 7% alcohol by volume, this one is relatively lighter in alcohol than the Guldenberg, and does not pack the hop punch of the XX.  It combines some of the best elements of those other two beers – with a fine balance of malt and hops, complex character, a refreshing dryness, and a gorgeous cellar aroma – but is distinguished by its festive copper color. 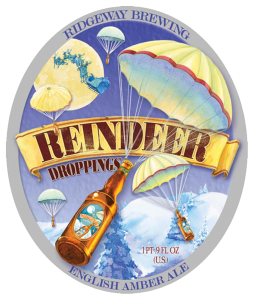 Falling from the sky like little bombs of flavour come the Reindeer Droppings! Each one is sweet like California raisins, but bitter and pungent like a freshly peeled grapefruit, lip-smackingly tasty…then ‘pow!’ it’s gone. 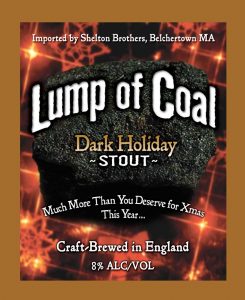 Looking forward to a depressing holiday? Here is liquid consolation. This 8% bittersweet chocolate stout is the best you could hope for in these dark times. Actually, come to think of it, considering how bad you’ve been, this little coal-black gem is more than you deserve for Christmas this year. 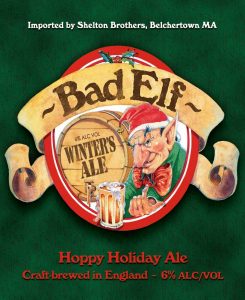 Olde England meets the New World in this strong, warming golden ale. A generous amount of famous English malt is masterfully balanced with an astounding 45 ounces of fresh hops – including English Cascade – per barrel. Bad Elf is brewed by Peter Scholey, master brewer for the late and much-lamented Brakspear Brewery of Henley-on-Thames, England. Peter has bought up the entire crop from the single row of Cascades grown in the U.K. 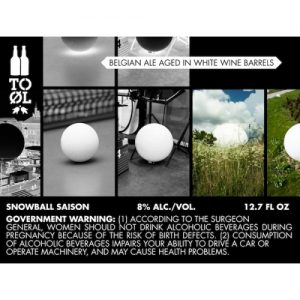 NO! you want something that can help you sink the dinner, ease you stomach and cleanse your throat. And that is exactly what Snowball Saison will do. It is a SUPER sparkling crisp and dry Saison that has been after fermented with milk acid bacterias and dry hopped over and over to give the beer a crisp and smooth tart finish (not to mention…. there is a lot of hops of course…) With the wonderful notes that can be attributed to aging such a fine beer in white wine barrels.

A Belgian Dark Strong Ale brewed with dark candy sugar, a gentle hint of star anise and a complexity found only in a Belgian yeast strain. A nice warming effect from it’s 9.3% ABV gives this beer a tidy finish. 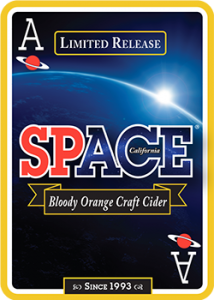 So spACE, our Bloody Orange, will be made at the end of September, in limited 22 ounce bottles and kegs. Expect to see it initially in NYC, California, Florida, Texas 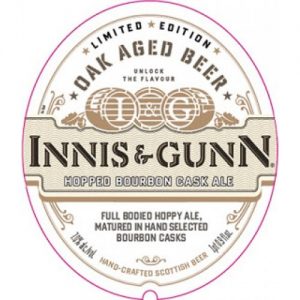 Following its lengthy cask maturation and the blending of dry hops, this beer has a beautiful balanced finish, rich and smooth with an aroma of orange, ripe cherries and lychee.

An imperial red ale brewed using extra pale ale, rye crystal and crystal malts with a touch of wheat. A first for Innis & Gunn, the beer was transferred into first fill bourbon casks and then dry hopped with a blend of Ahtanum and Hallertau Hersbruker hops for maturation.

The dry hopping with impart an intense and distinctive hop aroma of orange, Turkish delight, dried cherries and lychees. 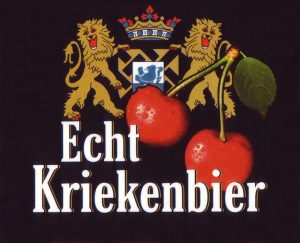 Belgian top-fermented cherry beer on the basis of a reddish brown ale matured in oak casks. 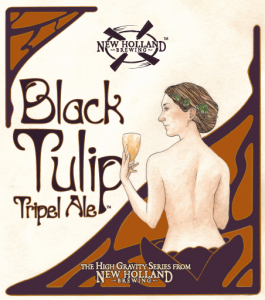 Since the early 1600’s, the Dutch have attempted to breed a pure black tulip. Many have tried and a few have come close…but none have succeeded. Call it the Holy Grail of the tulip world. In honor of this elusive flower we have brewed this special elixir. We have combined the finest Belgian malt, rare European hops, an authentic Belgian yeast and finally, the brew is dusted with tulip petals. The resulting blend is nothing less than magical.

Fall is bleeding out into chilly nights, and we’re at that time when the seasons start to shift and the spice hits the fan. Cuddle up into that ugly seasonal sweater, grab your best glass, and get ready to welcome Prairie Christmas Bomb! back into your life. Christmas Bomb! is our signature stout spiced with cinnamon. It has become a tradition here at Prairie Artisan Ales to produce this seasonal treat. 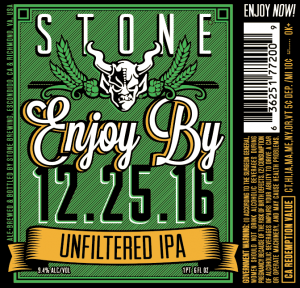 You have in your hands a devastatingly fresh double IPA. While freshness is a key component of many beers- especially big, citrusy, floral IPAs- we’ve taken it further, a lot further, in this IPA. You see, we specifically brewed it NOT to last. We’ve not only gone to extensive lengths to ensure that you’re getting this beer in your hands within an extraordinarily short window, we made sure that the Enjoy By date isn’t randomly etched in tiny text somewhere on the bottle, to be overlooked by all but the most attentive of retailers and beer fans. Instead, we’ve sent a clear message with the name of the beer itself that there is no better time than right now to enjoy this IPA. 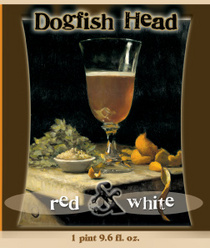 A big, Belgian-style Wit brewed with coriander and orange peel and fermented with Pinot Noir juice. After fermentation a fraction of the batch is aged in Oregon Pinot Noir barrels, and another fraction is aged on oak staves. The beer is blended together before packaging. This has been one of our most popular Limited Edition beers at both our Rehoboth Beach, DE brewpub and at festivals. It successfully marries the refreshing citrusy qualities of a Belgian-style white beer with the robust complexity of a bold red wine. 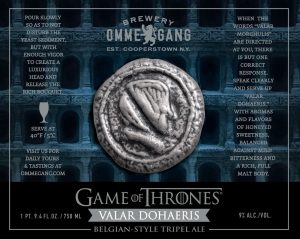 r.
Valar Dohaeris is 9% ABV, brewed with pils, wheat and oats, flaked barley, and hopped with noble hops. It pours a beautiful copper-tinted hue with a full, fluffy white head. Sweet grain and honey are prevalent in the aroma. The flavor opens with a bright sweetness thanks to the Belgian candi sugar used in brewing. The finish is moderately dry and effervescent with just a hint of Belgian yeast character. 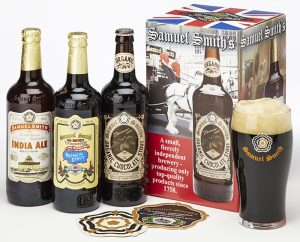 This Samuel Smith’s Gift Box features a Victorian pint (18.7 oz. or 550 ml) of each of three classic Samuel Smith ales: the Celebrated Oatmeal Stout, India Ale, and Organic Chocolate Stout. It also includes an authentic Samuel Smith pint glass, two “Rose of Yorkshire,” coasters, and a brochure listing and explaining the world’s classic brewing styles. It comes packed in a full-color box with bottle illustrations and brewery scenes, and is available seasonally in the winter and into the spring.
Category: Beer Releases
Tags: beer, Craft beer, new, winter beer 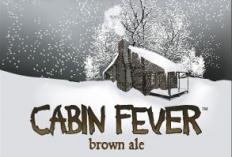 Cabin Fever is a roasty brown ale and a hearty, comforting companion for long, mind-bending winters. 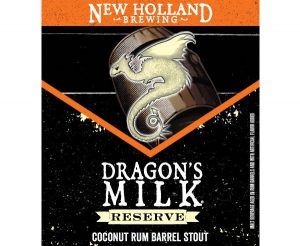