Black Maple was a beer we brewed on the fly. An open brew day was reason enough to go big and bold. We put out heads together and crafted an imperial porter with deep nutty notes, a touch of smoked malt, a melange of crystal malts, and a rich chocolate backbone. Locally harvested maple syrup from Sticky Pete’s was added to the kettle. The whole batch was then placed into bourbon barrels where it rested for 11 months. This beer was consistently some of our favorite barrels to sample, we hope you enjoy.

The Siberians believed there was a ‘World Tree’ that served as the Axis Mundi, connecting the different worlds through its roots and branches. While this Russian Imperial Stout isn’t necessarily the world’s cosmic axis, it does connect rich flavors in a way to deliver you a cosmic beer. Take all that and add in barrel aging , coffee and vanilla beans, You’ve got one tasty beverage 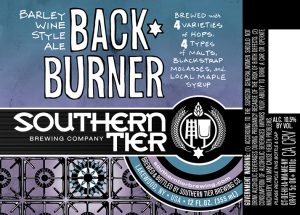 Long ago, British farmhouse brewers made special ales using the first runnings of the mash. These beers, now called barley wine, are brewed in the tradition of days past. At Southern Tier this long awaited brew is placed on the back burner until the start of the new year. Back Burner Barley Wine is a celebration of things to come and things remembered. It’s conceived in three small batches, using voluminous amounts of barley and hops. The process starts early in the morning and ends late into the night. We hope this rare brew reignites your spirit for another trip around the sun.

With the onset of winter, the brewerâ€™s mind turns to providing warmth. For our winter seasonal, Southern Tier offers Old Man Winter Ale, a rich and complex amalgam of hops and barley that will put the feeling back in your toes and lift your spirits above the snow. Old Man Winter throws a deep and inviting hue with a thickness that clings to the glass and the warmth of an open flame. Because of its high alcohol content, Old Man Winter is a heady brew that encourages sipping and pondering its essential richness. Drink it fresh now, or cellar some bottles to see how this old man becomes wiser with age. 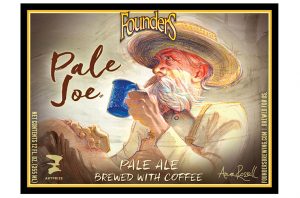 Do not open ‘til Christmas? Whoever coined that phrase obviously hasn’t tasted Christmas Ale’s fresh honey, cinnamon, and ginger flavors 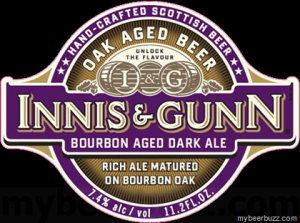 This very special dark ale has been brewed in small batches and then matured in hand-selected, first-fill bourbon casks to give it its rich, rounded character.

Notes of brown sugar, orange oil and coconut are complemented by an earthy freshness from the hops, and the 30 days the beer’s spent in oak have ensured a satisfyingly smooth finish 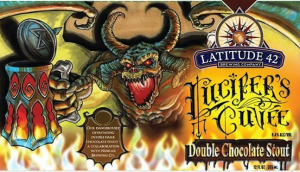 Dangerously devastating, Lucifer’s Cuvée is our Double Chocolate Oatmeal Stout. Intense hearty rye, along with a decadent gourmet chocolate essence, are balanced by the addition of Cascade hops. 8.4% ABV. 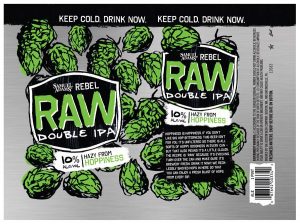 A silky, crisp, and rich amber-colored ale with a fluffy head and strong banana note on the nose

Every year we age a special batch of our much-loved Russian Imperial Stout in Bourbon barrels. The depth, intensity, and complexity of the flavor profile of this special release, like its predecessors, make it a worthy tribute to Old Rasputin. 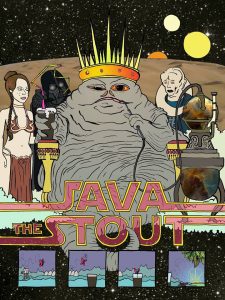 A caramel centered stout accentuated by Athens’ Own Dawn Chorus French Roast. We start from a stout with minimal roasted barley and an abundant amount of caramel malts (Special B, cara 8); this creates sweet flavors and mouth feel to boot! After fermentation the beer is cold conditioned on four pounds of course ground coffee beans for one week to add color and lots of roasted flavor. Java the Stout not only contains approximately a half a cup of coffee caffeine per pint, but is also 6.5% abv. Great body with  robust aroma and pungent coffee flavor. What more could you ask for? 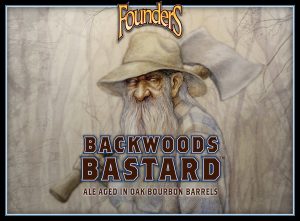 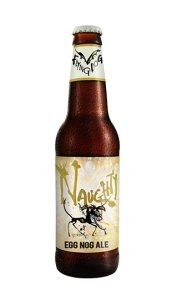 With subtle sweetness and a palate full of holiday spice and bourbon, this beer can standalone as your dessert course all season long. 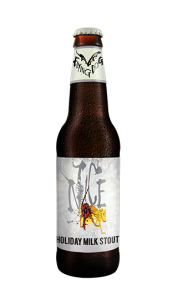 Slight sweetness from the lactose follows behind a rich chocolate malt profile. Give this nicety a whirl with creamy cheeses like brie and camembert or with dark chocolate desserts. 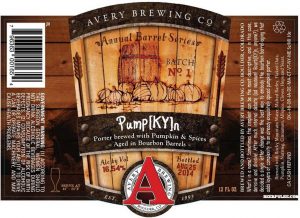 Bourbon Barrel-Aged Pumpkin Porter. What’s in a name? Sometimes the simplest can be the most descriptive, and in this case, derisive and divisive! After much internal debate (ad nauseum! Bourb[KY]n, anyone?), we decided a single letter change was the best way to embody the bourbon barrel-aging that adds layers of complexity to an already exquisitely spiced pumpkin porter. 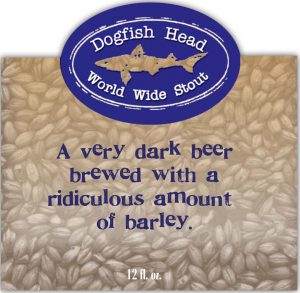 Brewed with a ridiculous amount of barley, World Wide Stout is dark, rich, roasty and complex. This ageable ale clocks in at 15-20% ABV and has a depth more in line with a fine port than with a can of cheap, mass-marketed beer