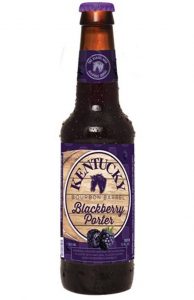 This is a big and dark beer with bold flavors to ease you into spring. Kentucky Bourbon Barrel Blackberry Porter porter has been brewed with the official state fruit of Kentucky and aged in bourbon barrels. This spring seasonal comes out with the bold roasted malt flavors complemented by a nose of fresh blackberries 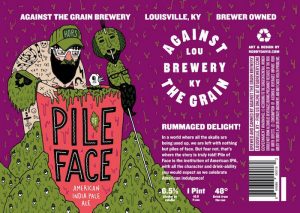 What’s the first thing you need to do when you start a brewery? Develop your logo, of course. With any potentially decent brewery, your logo must be a skull, it has to be a skull, you’ll be laughed out of the room if you don’t have a skull. So we went hunting in the area where all the great skulls have come from and were shit out of luck. By those fateful dumpsters all we found was this deformed neanderthal type deal, or maybe it’s from an ape, and a big ol’ pile of face. To celebrate our lack of success in finding a really cool skull, we are embracing another required cliché by brewing this American IPA. A modicum of simple malts provide the mediocre backbone to the mountain of various hops that are utilized and rotated throughout the brewing process. Look for dank overtones supported by various citrus and heirloom fruits. It’s the straight forward fuckin’ IPA that you always wanted from us. You lucky bastard 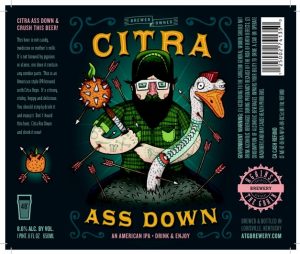 This is a very hop forward American style IPA. Brewed with Pale, Vienna, Munich and wheat malt for a solid base for all American hops, focusing mainly on the variety “Citra.” Citra hops are a relatively new variety introduced in 2008. It was bred as a hybrid of a number of different hops, including Hallertauer Mittelfrüh, U.S. Tettnanger, East Kent Golding, Bavarian, Brewers Gold, and other unknown hops. The resulting hop, Citra, has a distinct citrusy and tropical fruit flavor and aroma. In Citra ass down we used American Columbus for bittering and 11# of Citra at the end of the boil for late kettle addition flavor and aroma. Then we added 6 more pounds Citra and 5# Centennial post fermentation for aroma. Rebrewed for your tasting pleasure! 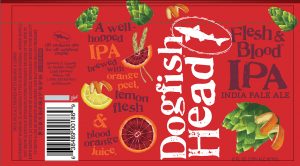 Flesh & Blood began with a ton of real citrus including lemon flesh and blood orange juice—hence the name—plus orange and lemon peel. Then the brewers began searching for the perfect combination of hops to perfectly complement the citrus flavors. After trialing number of different hops one-by-one, they emerged with Warrior and Centennial.

So what does this focus on simple, pure unadulterated fruit mean in terms of the aromatics and flavors in this beer? Flesh & Blood balances the resinous hoppy characteristics of an American IPA with the explosive zesty fruitiness and subtle drying tartness of citrus to deliver a highly quaffable ale that’s incredibly unique and lovely to down the whole year round. 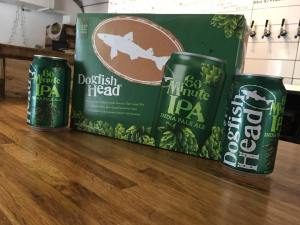 60 Minute IPA is continuously hopped — more than 60 hop additions over a 60-minute boil. (Getting a vibe of where the name came from?)

60 Minute is brewed with a slew of great Northwest hops. A powerful but balanced East Coast IPA with a lot of citrusy hop character, it’s the session beer for hardcore enthusiasts! 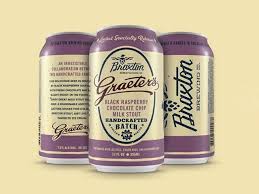 The one-of-a-kind Black Raspberry Chocolate Chip Milk Stout is a creatively crafted beverage inspired by one of Graeter’s oldest traditional flavors. Black Raspberry Chocolate Chip is an ice cream featuring black raspberries from Oregon’s Willamette Valley and gourmet bittersweet chocolate chips. With Graeter’s exclusive black raspberry puree, Braxton Brewing Co. crafted this one-of-a-kind milk stout, a dark brew with notes of roasted barley and a creamy texture. This sweet treat will only be available for purchase for a limited time. 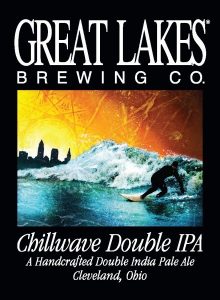 Inspired by the North Coast’s dedicated (and sometimes chilly) surf community, our Double IPA will melt the ice in your beard and never lose its balance. 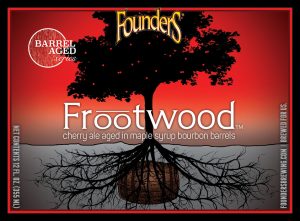 We took a crisp, light-bodied cherry ale and hid it away in oak barrels that have held both bourbon and maple syrup. After a lengthy stint, it emerged a changed beer, blanketed in notes of warm vanilla and earthy sweetness. The wood proves itself the star of this beer, adding depth and taming the tart cherry while the maple imposes a velvety texture that lingers for not a moment too long. 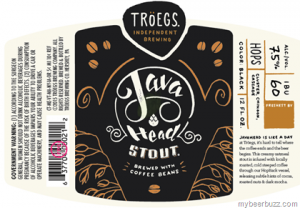 JavaHead is like a day at Tröegs; it’s hard to tell where the coffee ends and the beer begins. This creamy oatmeal stout is infused with locally roasted, cold steeped coffee through our HopBack vessel, releasing subtle hints of cocoa, roasted nuts and dark mocha
Category: Uncategorized
Leave a Reply Cancel reply
Follow via Facebook Follow via Twitter Follow via Youtube