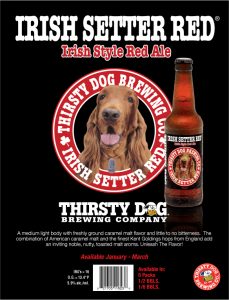 A medium-light body and a freshly-ground caramel malt flavor with no bitterness. The combination of American caramel malt and the finest Kent Goldings hops from England add an inviting “noble” flavor 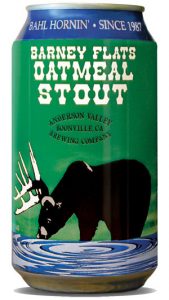 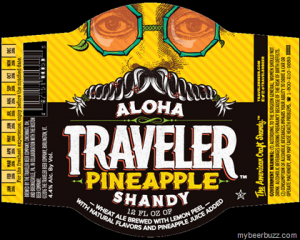 Aloha Traveler is an American craft wheat ale made with real pineapple for a refreshingly vibrant drinking experience. Aloha Traveler welcomes you to taste the tropic 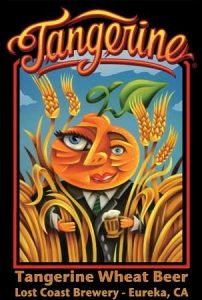 A refreshing citrus ale, Tangerine Wheat combines our Lost Coast Harvest Wheat with natural Tangerine flavors. Brewed with a combination of wheat and crystal malts and finished with Perle hops. 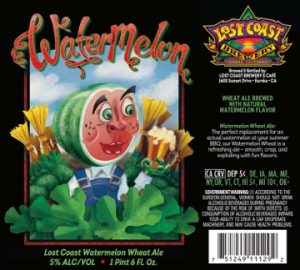 A refreshing watermelon ale that combines our Harvest Wheat with natural watermelon essence for exemplary aromatics while maintaining a light, crisp and refreshing flavors. Brewed with a combination of wheat and crystal malts; unfiltered

Enjoy a SoCal summer year round with Tangerine Soul Style IPA. This delectable brew is a one-way ticket to taste bud paradise. Relax and take in the brilliant golden orange color and fresh aroma of effervescent tangerine and orange. Tangerine zest carries throughout, accented by bright, flowery tropical flavors and a sweet finish. Brewed with American caramel malts and a blend of Simcoe, Citra and Cascade hops, this is a beautiful brew to behold. 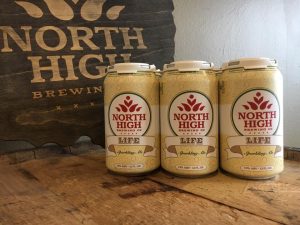 A light American classic from our local friends at North High, Live the North High life! 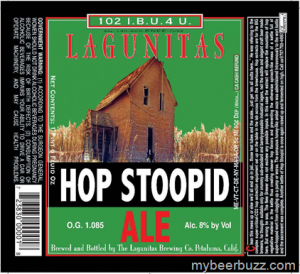 For those mornings when you have to cut right to the chase, this is the one. Sure to blast through just about anything still lingering from the night before, this mouthful of Hops and huge rich Malt has a guarantee built right into the name! 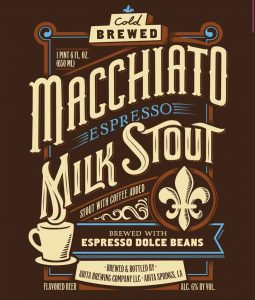 Macchiato is made with pale, caramel, chocolate, and roasted malts. Oats and lactose are added to give the beer a more robust and sweeter taste. The sweetness of the lactose helps balance the bitterness of the brew just like in the coffee drink, which is our inspiration. The roasted malts give the beer its dark color as well as its intense flavor and aroma. Willamette hops are added to balance out the sweetness of the malts. Finally, PJ’s Coffee espresso dolce beans are added to the aging tank. This gives the beer a strong coffee flavor and aroma that compliments the existing flavors of the malt. 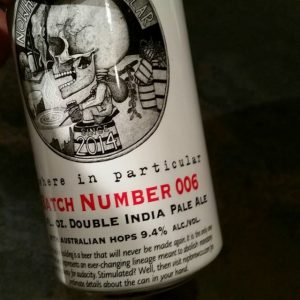 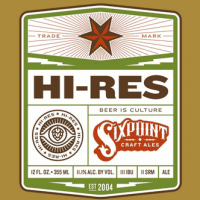 To see the hop cone up close, we zoomed in microscopic, and found a hi-res view. In Hi-Resolution, the hop optic was magnified; our perception, fully amplified. It’s microscopic. It’s telescopic. It’s off-topic. It’s Mad Science. 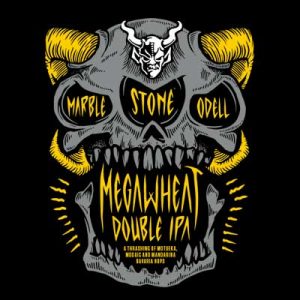 Kick back and crank it up as we’ve done all the brewing…the we being us and the special guest appearances of two heavy hitters in the indie craft beer industry: New Mexico’s Marble and Colorado’s Odell. Credited with 58 years of brewing chops, our trio built their wheat ale foundation on the classic “C” hops. Then, we rocked a pure hop triad of “M” hops to achieve a supercharged succession of orange, tangerine, lemon, lime, spice and dankness. The undulating riffs of Motueka, Mosaic and Mandarina Bavaria hops slash through the wheat haze with equal footing, never playing over one another. The cacophony of flavor is what fans would expect with a name like Megawheat. So join us as we forge ahead on a path that directly leads to the main stage…and then off the front of it, into the crowd! 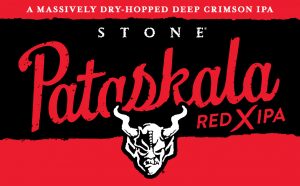 Pat-ASK-ala? Pata-SKALA? Pa-TASK-a-la? While those in the know favor the third pronunciation, no matter how you say it, this is a unique red IPA. The beer was first brewed in September 2015 to support music and arts education programs in Pataskala, Ohio, where Stone co-founder Greg Koch grew up. People there loved it, so we added the beer to our seasonal lineup. The deep crimson hue is courtesy of a fairly new special German malt variety by BESTMALZ called Red X. Dry-hopped with Mosaic, Cascade and Amarillo hops, this beer is incredibly citrus-forward, rounded out with biscuit and toffee notes. We think you’ll find this red IPA to be quite deliciously satisfying, no matter how you choose to pronounce it.

Bomb! is an imperial stout aged on espresso beans, chocolate, vanilla beans, and ancho chile peppers. All the flavors meld to create a truly unique beer. The peppers add just the right amount of heat to compliment the intense coffee and chocolate flavors. 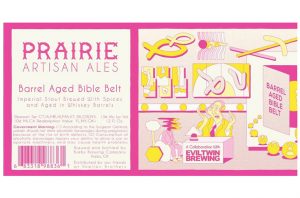 This hauntingly good brew in your hand is rife with dark complexities. Eleven malts were used to create deep flavors of coffee, chocolate, caramel, and molasses. A hint of bitterness and herbal character from carefully selected American hops help support the monolithic maltiness of Dark Apparition. After a month of conditioning in stainless steel, the beer was transferred into bourbon barrels. For 8 months, Dark Apparition waited patiently in oak barrels until the time was right to spring forth with its ghostly gusto. A truly decadent brew that is intended to be poured into your favorite snifter and given time to warm up from its dark and cold resting place. Be aware when in the presence of Dark Apparition ’cause this ghost is a creeper. 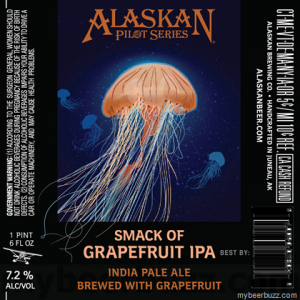 The American IPA is a more flavorful, intense IPA. Hops are typically American, as in this case, with the Three-C combo of Citra, Centennial and Cascade exhibiting bright, juicy citrus flavors. 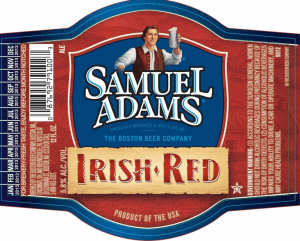 This hearty brew is full of rich malty character inspired by the red ales of Ireland. We use caramel malts for a deep, smooth malt backbone and balance them with earthy English hops for a comforting and satisfying brew. 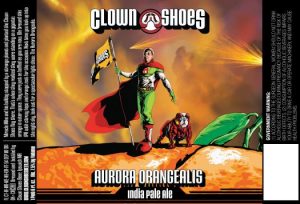 Miracle Mike and his bulldog stopped by a strange planet and planted the Clown Shoes flag there. That’s when they realized they were standing on a gigantic orange in outer space. They were just as baffled as you are now. We brewed this IPA with citrusy hops and orange zest for the occasion. Next time you look up into the night sky, look out for a spectacular light show: The Aurora Orangealis. 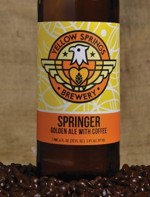 The complex flavors of Belgium dazzle the palate with hints of candy sugar, spices, and the warmth of Alcohol. Watch your step: at 10.2% abv this quaffable Belgian Styled Triple may send you on an unexpected trip. 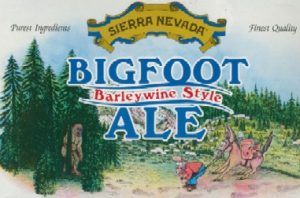 Bigfoot is a beast of a beer, brimming with bold flavors of bittersweet malt and heaps of aggressive whole-cone Pacific Northwest hops. First introduced in the winter of 1983, Bigfoot is a cult-classic beer brewed in the barleywine style, meaning a strong, robust, bruiser of a beer with the refined intensity of a wine. Bigfoot is prized by beer collectors for its supreme cellarability. Under the proper conditions, it can age like a fine wine, developing new flavors and character as it matures in the bottle. Each new release or “expedition” is vintage dated. Collect your own and see the flavors develop and progress 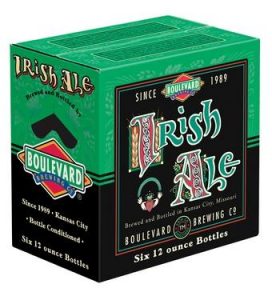 The coffee’s dark cherry flavors and spicy undertones weave into the rich milky sweet stout like a chocolate-covered espresso bean melting on your tongue. Bitter then sweet. Sweet then bitter. It’s bittersweet. 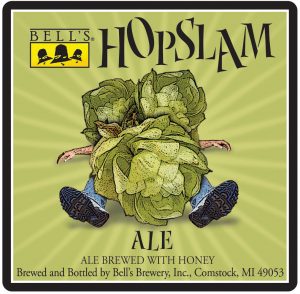 Starting with six different hop varietals added to the brew kettle & culminating with a massive dry-hop addition of Simcoe hops, Bell’s Hopslam Ale possesses the most complex hopping schedule in the Bell’s repertoire.

Selected specifically because of their aromatic qualities, these Pacific Northwest varieties contribute a pungent blend of grapefruit, stone fruit and floral notes. A generous malt bill and a solid dollop of honey provide just enough body to keep the balance in check, resulting in a remarkably drinkable rendition of the Double India Pale Ale style.